I isolated a strain of Kocuria rhizophila  from a patch of atopic dermatitis on my leg, in an effort to better understand the microbiotic component of the condition. There was not much existing information on this strain, so it was interesting to piece together what exactly Kocuria does different. 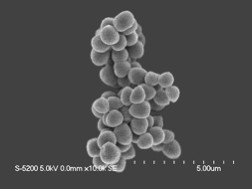 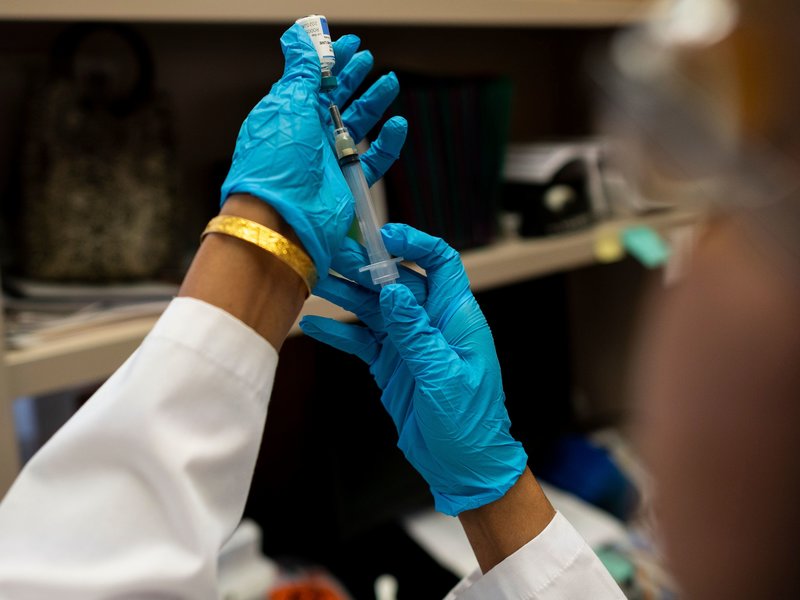 In response to the New York City measles outbreak, Rockland County, NY has issued an order banning those diagnosed or exposed to measles from all places of public assembly. Over 550 confirmed national cases, including 186 in Rockland and 329 in NYC, have been reported this year. This marks the second largest outbreak since 2000, the first being in 2014 (667 cases) [1]. CDC officials report that the outbreaks have been associated with Orthodox Jewish communities and other travelers returning from Israel. The vaccination rate for children in Rockland is only 72%, much lower than the 90% recommended for herd immunity to be effective.

We have covered the importance of herd immunity in class, and the dangers of an unvaccinated populace exposed to a pathogen like the measles virus.

Though many of the Health-tagged stories on NPR have an obvious political slant, this one’s information is surprisingly clear-cut. It explains the rising toll of the infection, the cause, and the societal consequences, maintaining all this within the context of the infection.

How can the public be better informed about the benefits of vaccination and the need to take protective measures against pathogens, without victim blaming, ad hominem intelligence insults, or appealing to the cult of scientism (which would further alienate those hesitant to get vaccinated)? 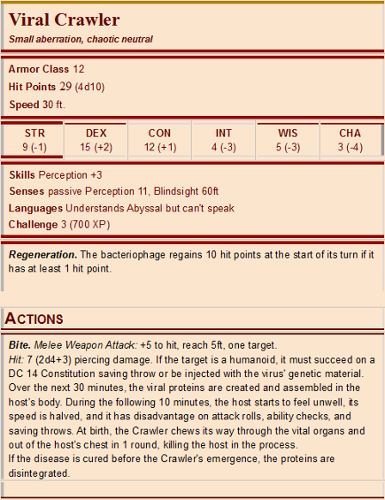 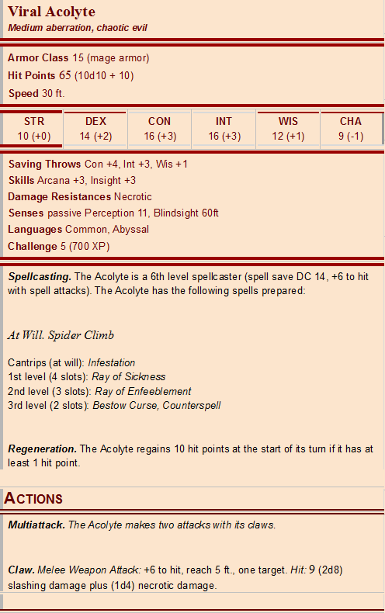 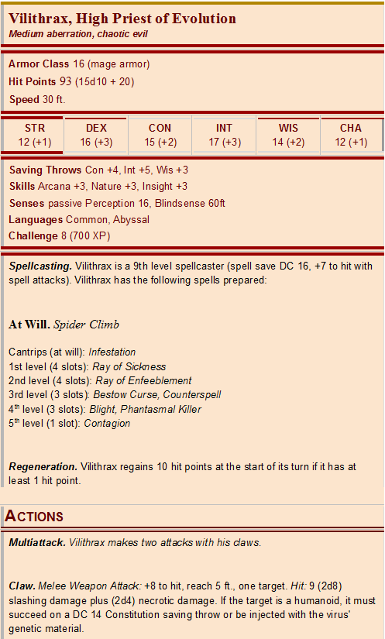 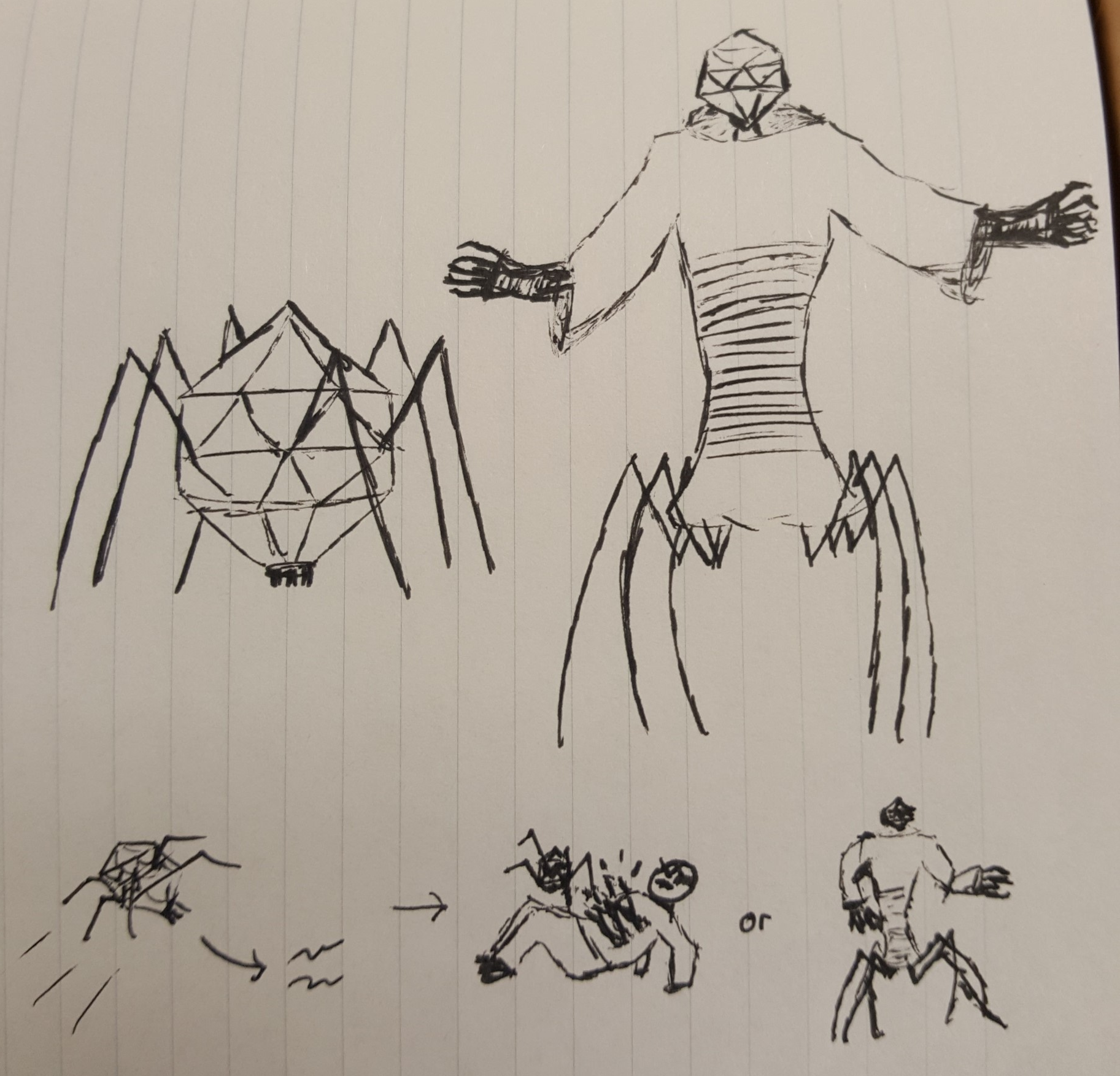 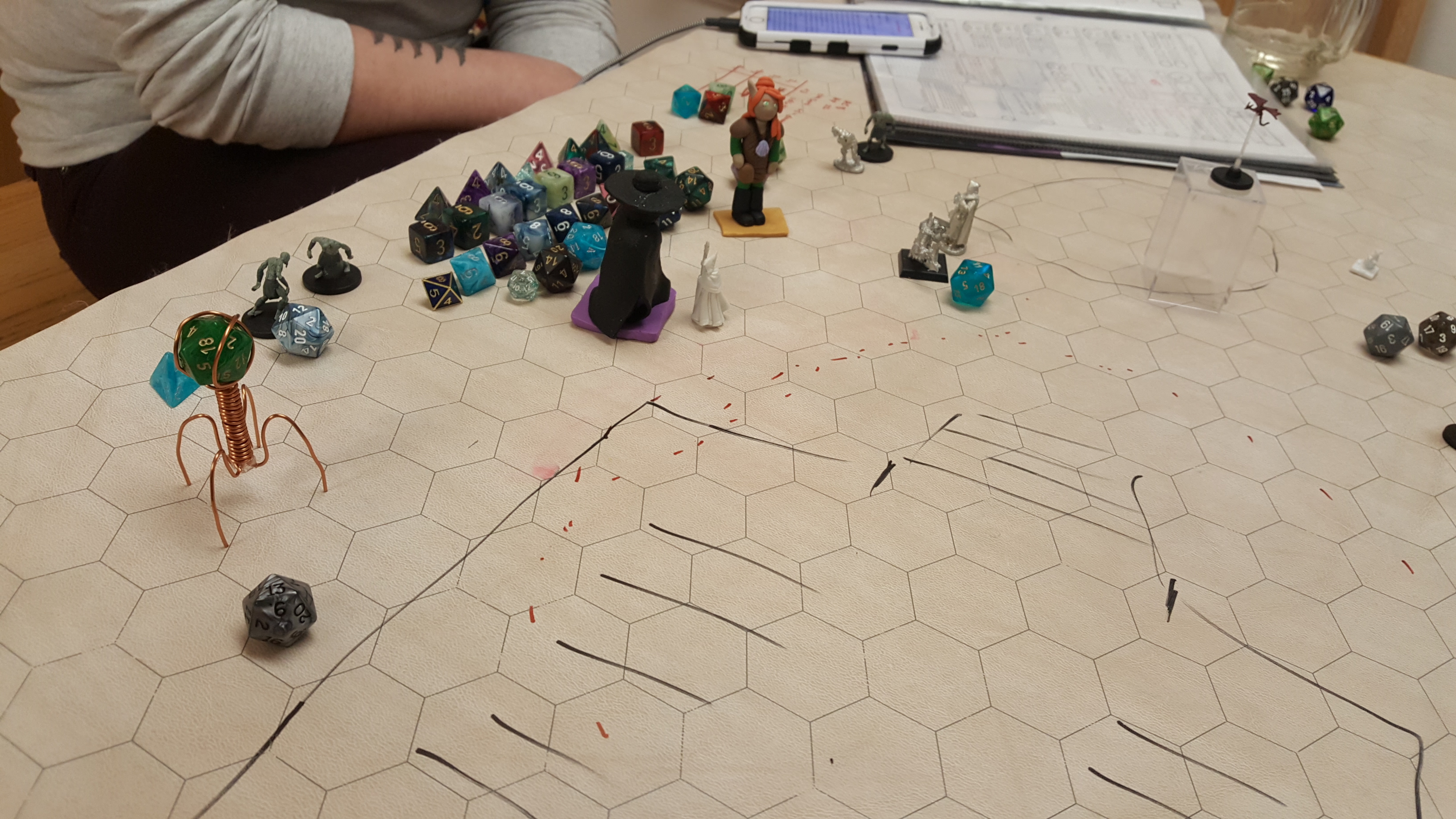 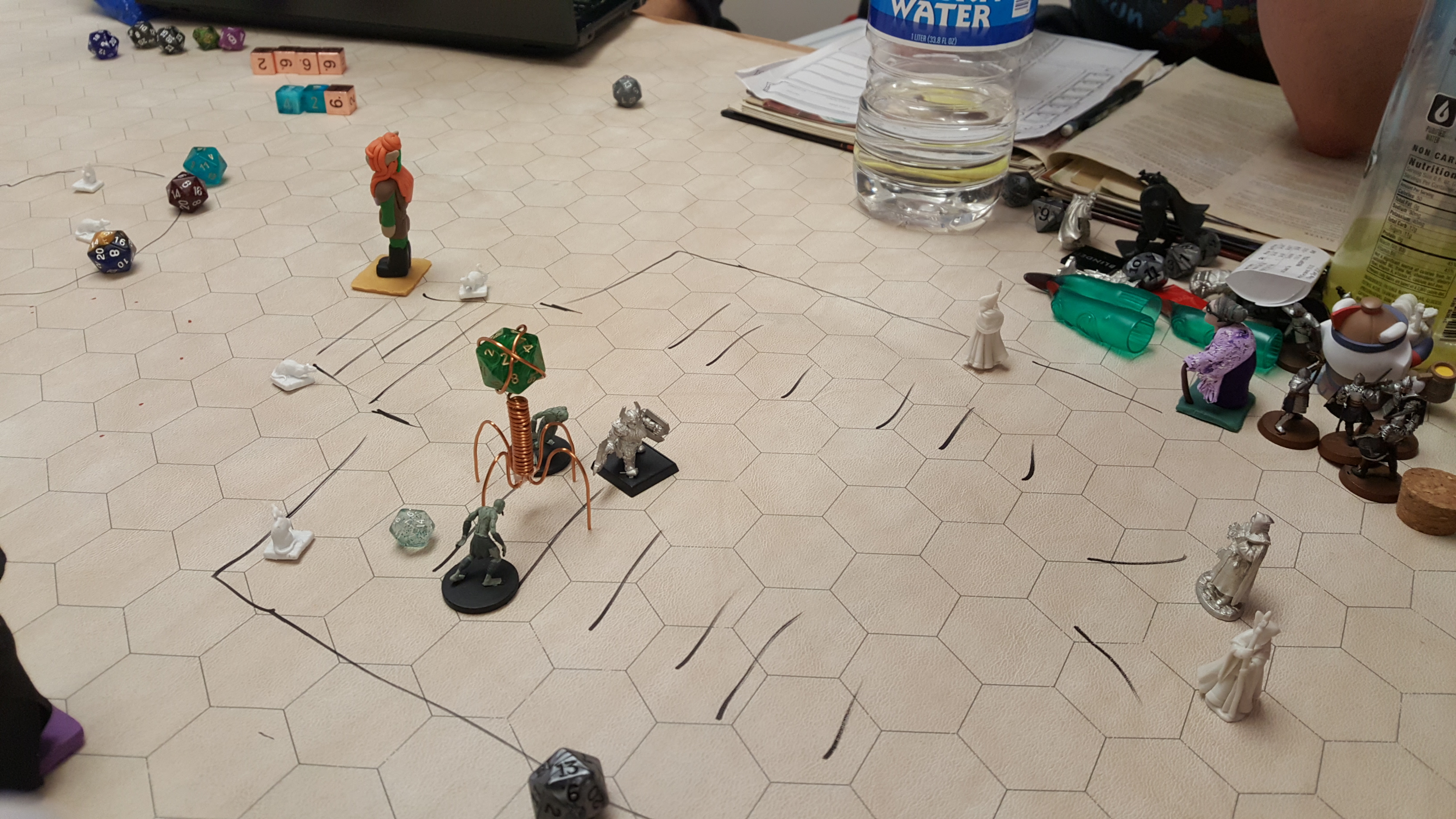 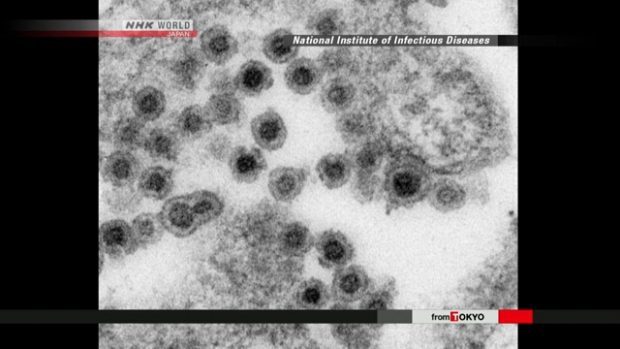 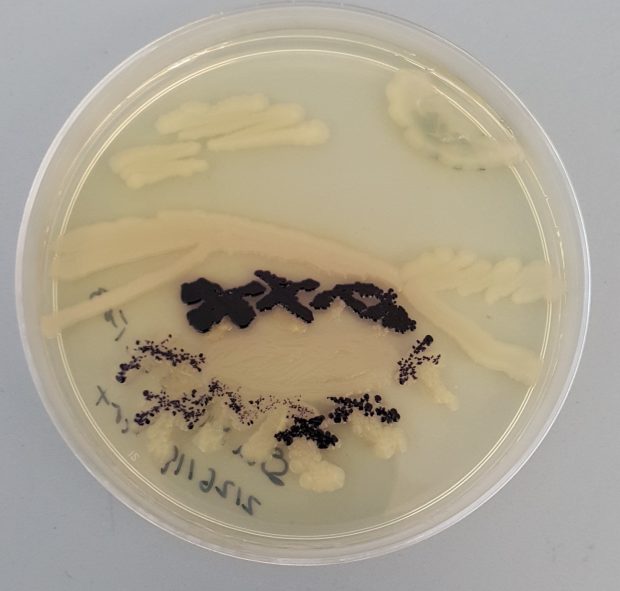 For the last year and a half or so, I’ve visualized my “capacity to love” as the tender of an oasis in an impassionate desert. The oasis must be kept bountiful, of pure intent, and shared freely with the thirsty. The  S. marcescens unfortunately did not turn the dunes as red as I would have hoped, and I realize now I should have used some more contrast, as the water features are barely visible against the rest of the structures. It’s a shame we had no blue/green cyanobacteria. I also should have gotten a refill on the  C. violaceum, as the palms got a little sparse. 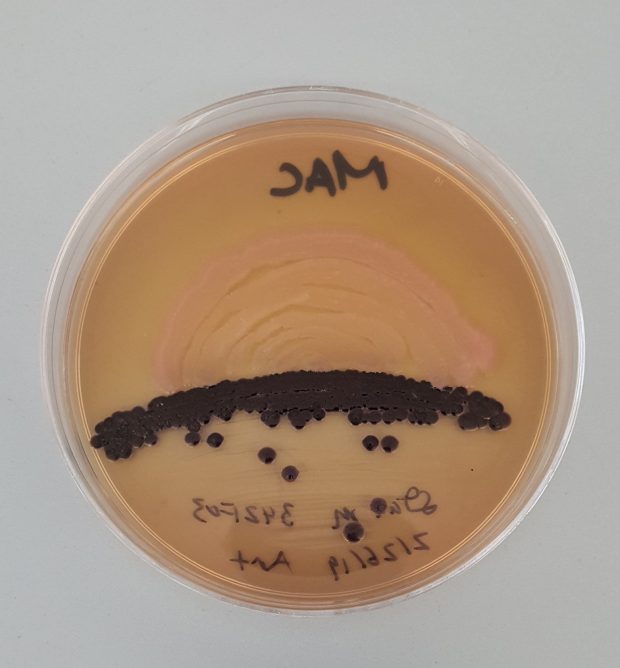 I wanted to do a sort of “2001: A Space Odyssey” thing here, with the sun rising over a silhouetted black horizon and casting a hazy glow.

To this end, I used  S. marcescens for the sun  (which was not technically a fermenter, but had a bizarre reaction with the differential MacConkey agar which triggered the pH pigment change). Unfortunately, I overdid it on the sun streaks and the entire agar changed color instead of just the area around the center. 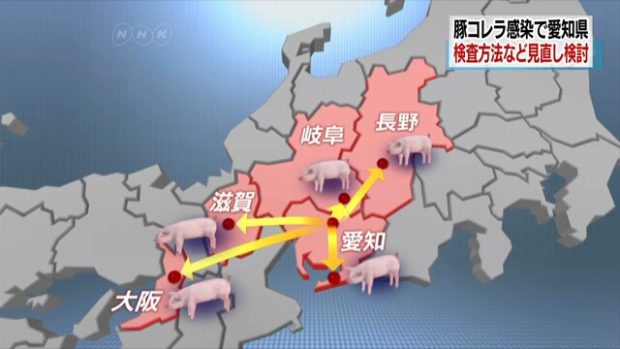 Summary:  Roughly 700 pigs have been culled at a farm in Omihachiman, Shiga Prefecture (æ»‹è³€, middle left on map) after an outbreak of  Pestivirus CSFV, a Group IV virus responsible for classical swine fever. While this pathogen is highly contagious among domestic and wild swine and known to cause symptoms including fever, skin hemorrhaging, convulsions, and death [1], humans are not susceptible. The carriers were among a total of 60 pigs shipped from Aichi Prefecture (æ„›çŸ¥, center bottom) to four other prefectures on January 31st. The first case of CSF in Japan in 27 years was discovered September 2018 in Gifu Prefecture (å²é˜œ, center top), spreading from there.

While we have not yet covered viruses or communicability in class, the precautions we take in lab to avoid communication of our unidentified strains is likely an afterthought on commercial farms. It’s no wonder that crafty and deadly pathogens could have such a devastating effect on food supply chains.

This article is written more as an informative story than a piece of scientific literature. However, it does provide reliable information on what  Pestivirus CSFV is and the effects it can have. While it has been reportedly eliminated in many western countries, including America, Canada, and Australia, cases still arise such as East Anglia, United Kingdom in 2000 [1].

What makes pathogens selective in their attacking, and is it truly more advantageous to specialize and “hide under the radar” rather than diversify to obtain the maximum potential number of hosts?

Shigella dysenteriae, as well as the other bacilli in the genus  Shigella, are named for the Japanese physician and bacteriologist Kiyoshi Shiga, who first isolated  S. dysenteriae around the turn of the 19th century. These bacteria are the most common causes of dysentery, specifically coined shigellosis in cases caused by Shigella bacteria. Shigellosis causes diarrhea, fever, abdominal pain, and rectal tenesmus, and has the potential for life-threatening complications such as intestinal perforation, sepsis, and hemolytic uremia. As the WHO reports 80 million cases and 700,000 deaths per year, 99% of which occur in developing countries, Shiga’s discoveries and work have been instrumental in preventing the proliferation of this horrible disease in the first world.

Kiyoshi Shiga was born in 1871, in Sendai, Miyagi Prefecture, Japan. Entering the Tokyo Imperial University School of Medicine in 1892, he was mentored by Dr. Shibasaburo Kitasato, famed for his discovery of tetanus antitoxin and work on  Yersinia pestis in Hong Kong. As a member of Dr. Kitasato’s Institute for Infectious Diseases, Shiga worked tirelessly on the search for the cause to Japan’s 1897 dysentery outbreak (90,000 cases, 30% mortality), finally isolating a gram-negative bacillus that agglutinated on dysentery patient serum. He developed and distributed intravenous and oral vaccines for the pathogen, using himself as a test subject. He spent four years in Paul Ehrlich’s lab at the  Institut fÃ¼r Experimental Therapie in Frankfurt, Germany, where he worked on early chemotherapy methods. To global acclaim, he presented his work on shigellosis in Manila in 1906. Due to restructuring of the Institute for Infectious Diseases, he left with Kitasato to form the Kitasato Institute in 1914. He served as a medical professor at Keio University in Tokyo, as well as the director of National Hospital of Seoul, Korea, and the President of Keijo University in Seoul. In 1931 he returned to Japan to continue his research into dysentery and tuberculosis at the Kitasato Institute until 1945. He died in 1957, at 85 years of age. 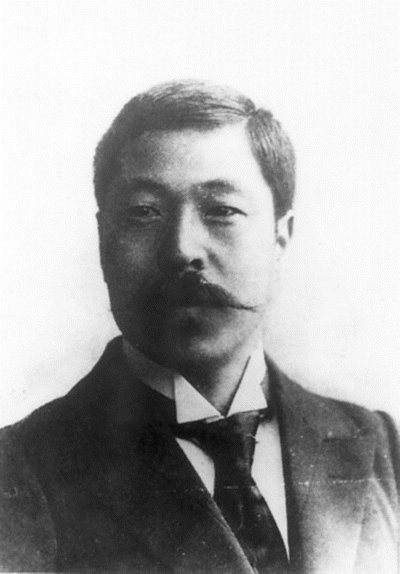 I’m Dan Mulkey, 5th year Bio/Japanese major. I’m hugely interested in health and how to maximize the potential of the human body, so I’m hoping we cover some nutritional applications of microbiotic science. Very much a “big picture” sort of guy, but we wouldn’t have big pictures without all the little stuff that makes it up.

Here’s to a good semester!