Swaminathania salitolerans is  a nitrogen-fixing, phosphate-solubilizing bacterium found in wild rice. It gets its name from  Dr. M.S.  Swaminathan, the Father of the Green Revolution, and its ability to tolerate a high salinity.

Dr. Swaminathan is a geneticist, sustainability advocate, and public health figure from Kumbakonam, India. He is responsible for many agricultural programs such as the Green Revolution, which saw widespread planting of specially bred high-yielding strains of rice and wheat, as well as other agricultural advancements to try to help those in poverty and end world hunger.

His passion for eradicating widespread hunger stemmed from watching the Great Bengal Famine of 1943 claim the lives of 3 million people. He was also influenced by Mahatma Ghandi, of whom his father was an ardent follower, to drive out hunger from India permanently.

He has received many honors for his scientific and humanitarian work, including the Global Environmental Leadership Award, the first ever World Food prize, and has been called the Father of Economic Ecology by the UN.

Hey! My name is Catherine Bristow, and I am a senior biology student from Colorado Springs, Colorado. My aspiration is to get my Master’s in Microbiology and go on to medical school to study surgery or OBGYN.

I’m currently working on my Capstone paper on the kitchen sponge microbiome. The day after I presented my research, I found this picture, and I was so sad that I didn’t see it in time to include it in my presentation, so here you go! 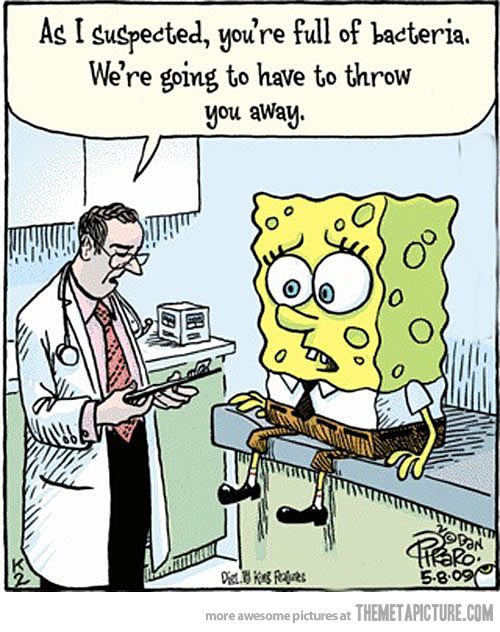