I created a digital collage using Photoshop. I read a journal article titled The Origin of Life on Earth-Viruses and Microbes and attempted to combine visuals that conveyed connections and interpretations of information being presented. I would read until I though of something to add to the collage and would place the image in a spot that seemed like was tied to the other points being presented in the piece.

I would say this is a case of a good idea and poor execution. Creating a sort of brain map of what it is like to read a microbiology article seemed like a great visual but I had zero Photoshop skills before starting this project so the 5 hour minimum did not go a long way. Also I am not sure how Fair Use ties into a computer generated collage but I do not think it is plagiarism.

Life on earth is hypothesized to have have originated in microbial form. The first life is thought to have arisen from a sort of primordial soup or a pool of inorganic and organic compounds that came together to form the precursors for life. There are arguments made of whether genetic material came around first or metabolic pathways arouse first. There is also an idea that life was planted on earth by a meteorite. The article I read on this focuses on the possibility of viruses being the first living thing on Earth. They support this by discussing various traits viruses can have and how these compounds could have assembled in these primordial pools. 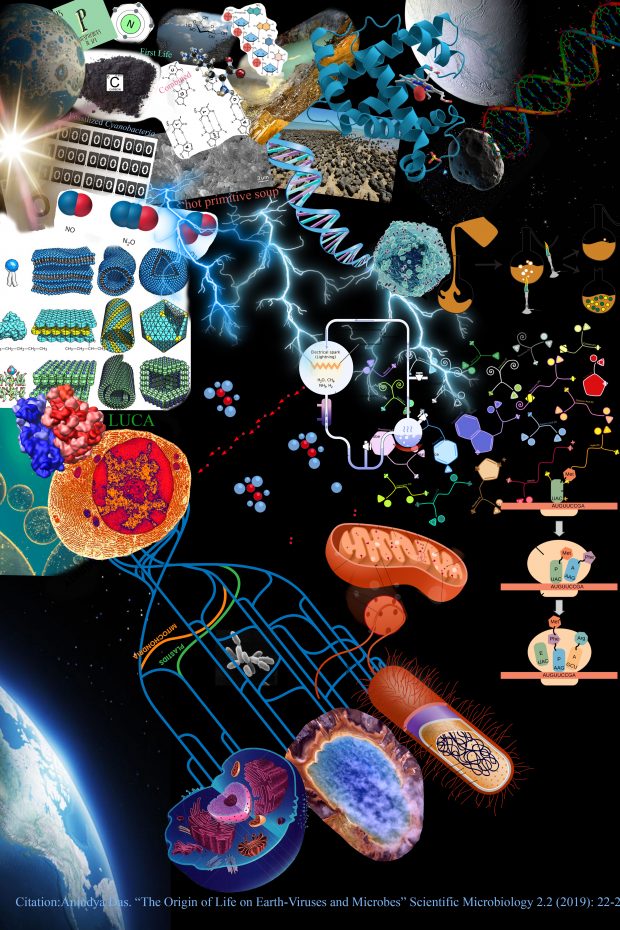 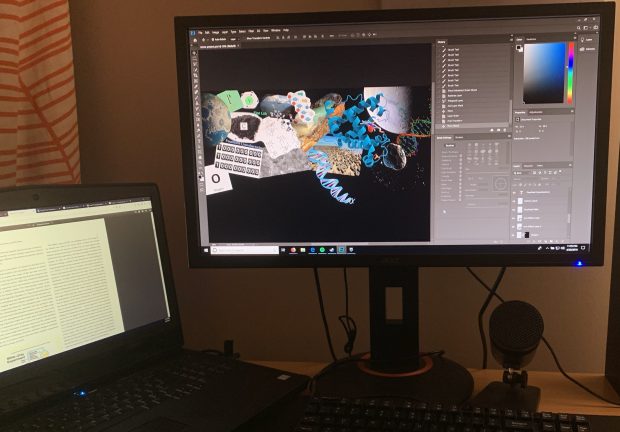