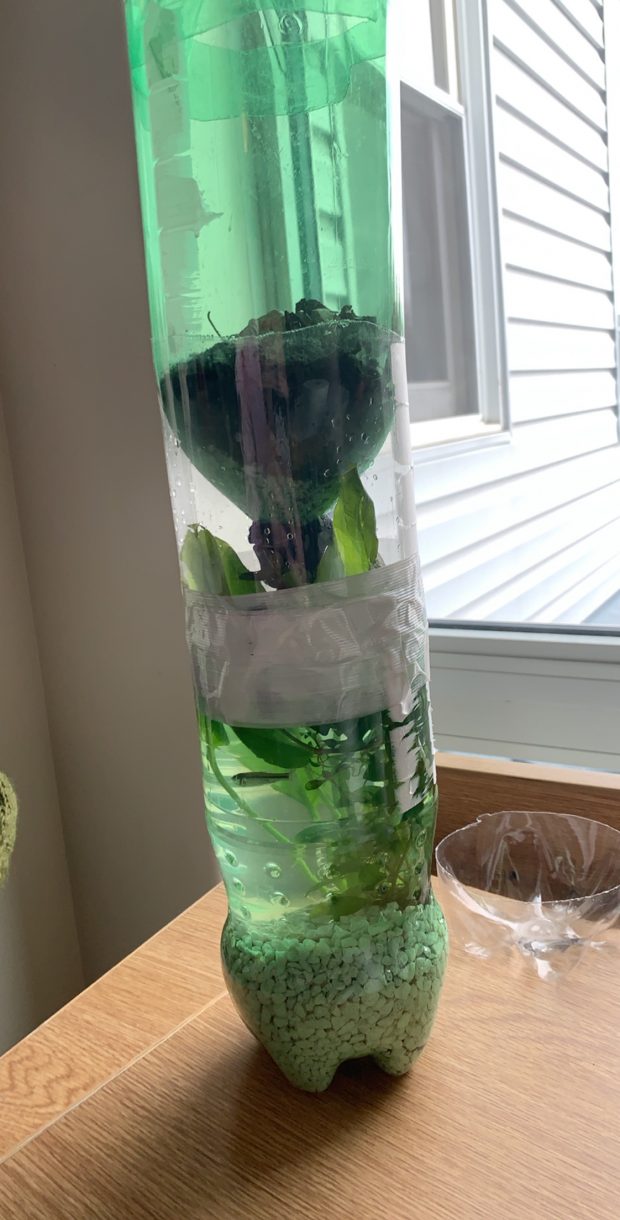 This is my sculpture of a microbiome that completes the entire carbon cycle. The title of my piece is «Biome in a Bottle » The biological concept I was going for was the completion of the carbon cycle. The carbon cycle is how one of our most important elements, carbon, is transferred throughout our environment between different reservoirs via processes. On example of a reservoir and process would be animals respirating (process) CO2 in the atmosphere (reservoir). Plants carbon fix (process) this carbon into oxygen which is released back into the atmospheric reservoir of gas. In order to integrate the complete carbon cycle in my Biome in a Bottle, I added multiple elements that acted as a miniature version of the natural reservoirs and processes that occur in our world’s carbon cycle. My sculpture is made of three 1-liter soda bottles; in the bottom there is water with fish and an aquatic plant. The aquatic plant creates enough oxygen to support the system through photosynthesis. The heat of the sun causes water to evaporate, funneling into the top biome via the net-filtered opening. This water and carbon is able to be absorbed by the soil in the top biome. The top biome contains a layer of rocks, followed by soil and dead plant matter. Inside this area, a slice of potato and crickets was added. The potato and dead plant matter would feed the cricket while the water from the basement biome moistened the soil. The soil would then respirate the absorbed carbon.