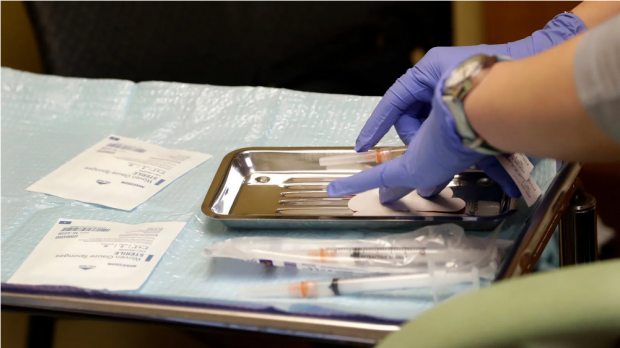 I always think it’s interesting that making a fire alarm sound in a public place, knowing there is no danger, is illegal and punishable for putting the public in false danger; yet not being vaccinated, acting as a susceptible host and there for transmitter to the greater public, is legal. I’m curious if the mayor mandating vaccines applied to all unvaccinated children, or just those born thereafter? I’m unsure of areas that now require vaccines, but I’ve worked as a dental assistant, which leaves you up for exposure to a lot of different diseases, Hep C was a common one in older individuals. That said, multiple places did require an undated shot record before hiring. The same was true for admission to the UAF dental assisting program.

I think this article was very easy to understand, and it was nice to see that it wasn’t spreading fear regarding vaccines, instead it was informing the public with science. I was trying to find other laws that mandate vaccinations, but most of what I found was anti-vaccination fear mongering and propaganda, not actual laws. However, all public school systems mandate vaccines, and they do offer exemptions for health reasons (and all but three states allow exemptions for religious reasons).

In New York was there no longer a religious exemption either? Also, what was the punishment if a person still does not want to vaccinate their children?

I know some people don’t want to vaccinate their children due to fear for the children’s safety (usually due to ignorance of how vaccines work), but does anyone know the religious reasons some people don’t vaccinate? It may be a smaller percentage of non-vaccinators nowadays, but if it’s something that’s in the vaccine, perhaps we could make a vaccine to accommodate these needs. It’s easy for us without these restrictions to say “just get over it and vaccinate”, but this may be a short-sighted view of the issue. We should be finding ways to make them more accessible to people with restrictions, not trying to remove these restrictions altogether.