I made this painting using acrylics as a medium. It represents the various microbes commonly found in the microbial world. It includes the flagellated E. Coli, Actinobacteria, Proteobacteria, Tenericutes, Aquificales, Gemmatimonadetes and Verrucomicrobia.   This artwork took several attempts to make as it was difficult to create using to the visual effect that I wanted to create using only black, white, blue and green. I based the painting off a photo with these colors and then added my own take to create more microbial diversity and include more species. I choose this as my assingnment because I think that painting is a good way to create accurate representations of the microbes that we often find that closely resemble each other and only have slight differences that can be portrayed with details. I also was reminded of my kitchen sinks bacterial diversity when I saw the original image and want to include more of the microbe such as Proteobacteria that my bacterium contained. 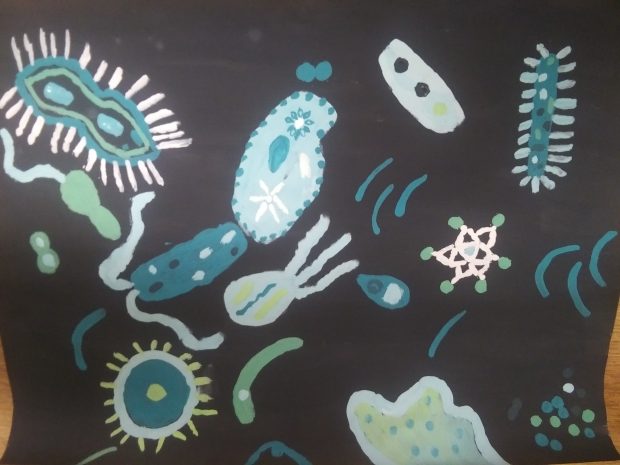