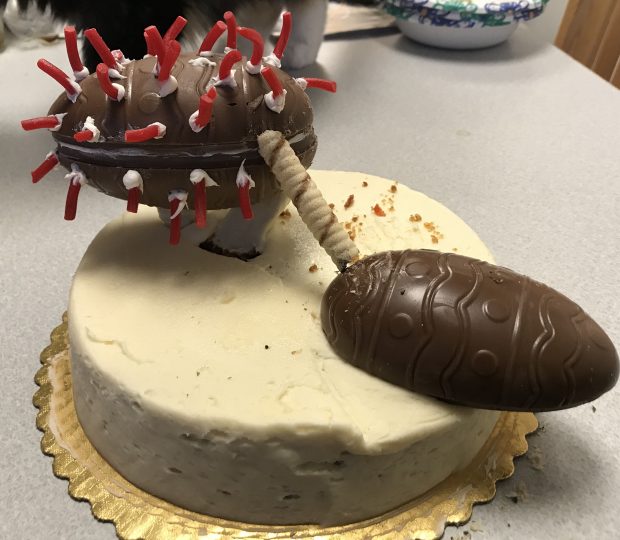 The inspiration for my work is that of a 1512 Fresco of a Biblical story about the creation of Adam which is also the title in Italian “Creazione di Adamo” by the great sculptor Michelangelo. While Michelangelo’s version is a Fresco, my work reverts back to a sculptor and my media is Fred Meyers carrot cake and REESE’S Peanut Butter Cups. The next time you’re in Rome, Vatican City, stop by the Sistine Chapel, go inside   and look at   center of the ceiling. In the center of the Popes church, you will see Horizontal Gene Transfer,   not the mere Creation of Adam, but the Creation of Resistance from all of the ill-effects of human antibiotics and the Genesis of Bacteria’s dominance over life on Earth to come.