For this project I decided to get assistance from my 9 year old son.   We decided to chose 4 random objects with in eyesight and then research what was the most common bacteria found on them.   The first one he chose was a kitchen sponge which has too many types to list.   The most common one was E. coli which is represented by the green model with flagella.   The next was the trashcan lid which can carry Listeria.   This is represented by the red rod shaped model.   Next he chose the door handle which we Staphylococcus is commonly present on.   We represented this with the circular pink model.   The final one he chose was the coffee pot.   While the other bacteria from above are commonly found there, a common fungi found is mold.   We represented this with the yellow and orange model.   These are not to scale models, but the important part to me was being able to my son how many different type of microbes are around us all the time. 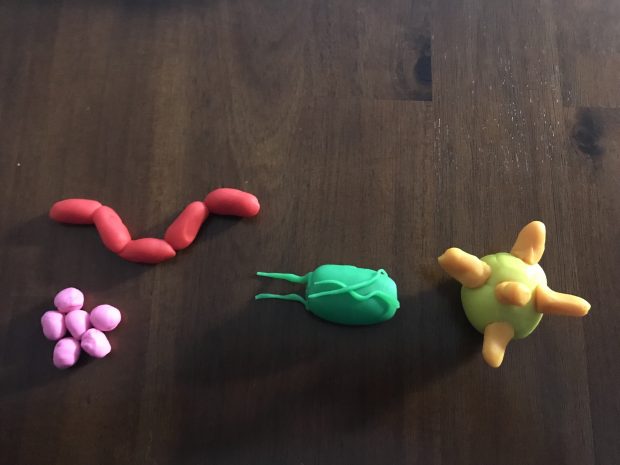