Autoimmune response- While autoimmune responses are still not fully understood, we can think of this concept in the immune system as “attacking SELF.” These immune cells are trying to destroy another cell that is apart of the body, but they think it’s a pathogen. 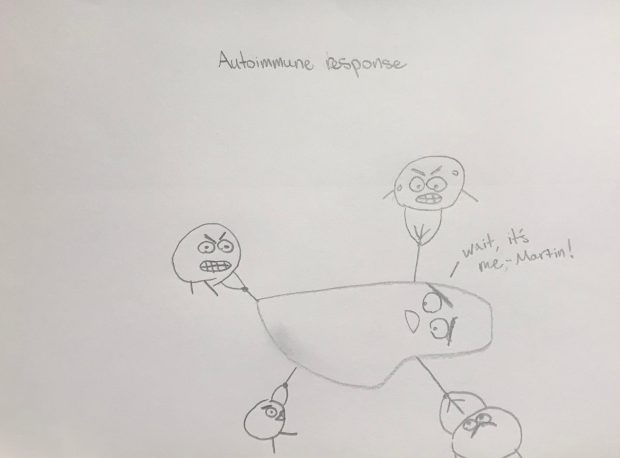 T-Cell Altercation- Some bacteria have developed a way to disguise themselves and “hide” their antigens so that T-cells cannot detect them as pathogens. This is how I imagine a T-cell would question a pathogen to find out if it’s apart of the body or not.

Immune defense in the oral cavity- After learning more about common bacteria in the human microbiome, I thought a drawing of Staphylococcus aureus would be appropriate to help depict the innate response. This is S. aureus holding onto the uvula and trying to evade the attack of macrophages. The only other option for the opportunistic pathogen is falling to the depths of stomach acid. 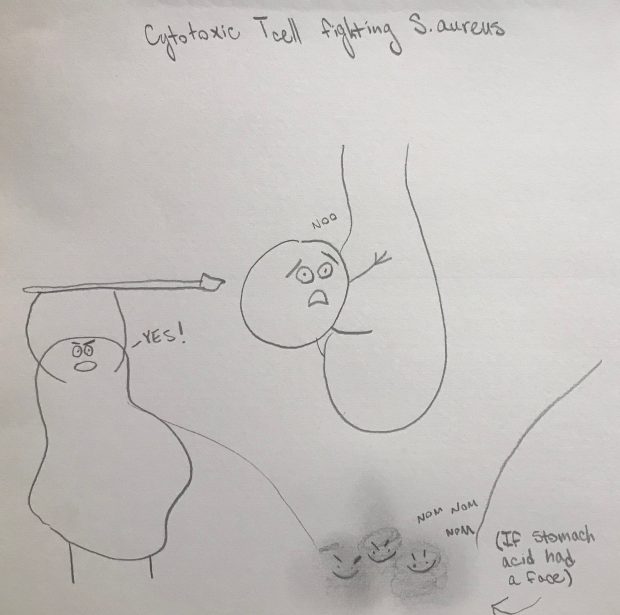 The AI-team – This one helps to depict the immune system’s “Defensive” namesake. Each cell is apart of a much bigger goal to help protect the body from pathogens and disease. Both the adaptive and the innate response are equally as important as the other (hence AI team). This reminds me of a rugby team. The NK cell must have forgotten his jersey though. Whoops. 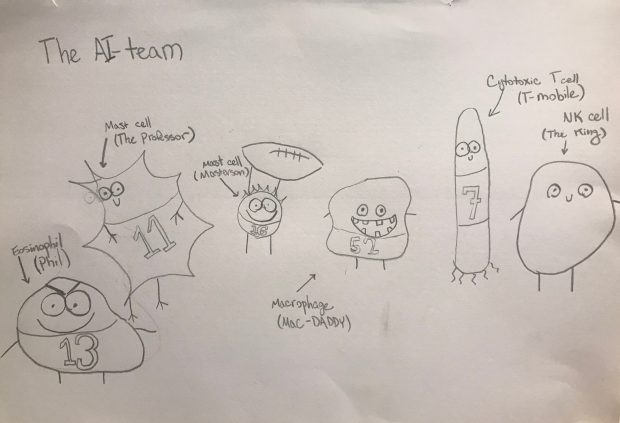