Fly fishing is a major hobby of mine, and has become an art to me from the casting to the development of flies. For my art project, I wanted to create a visual art using the art of fly tying to resemble microbial structures, species, and processes. I also wanted to include the smallest flies that are regularly used for fly fishing. 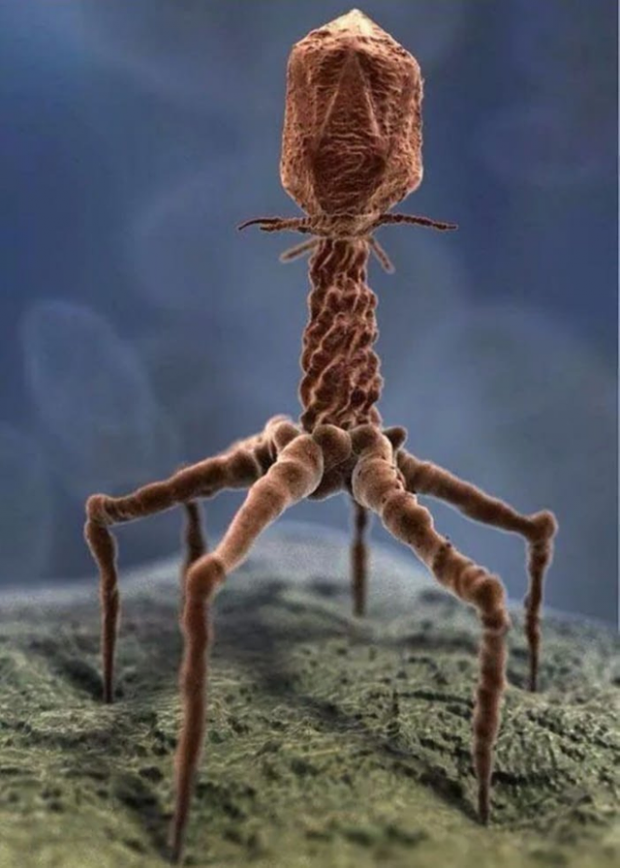 Using pheasant feathers, goose feathers, rooster saddle hackle, black floss, and tinsel, I developed a fly to resemble a T4 bacteriophage. The Pheasant feathers are supposed to look like the head, the black saddle hackle on top is analogous to the virus’s collar, while the bottom hackle is analogous to the base plate, the black floss with wrapped tinsel is the tail with DNA (tinsel), and the stripped goose feathers   is supposed to resemble the tail fibers of the virus. 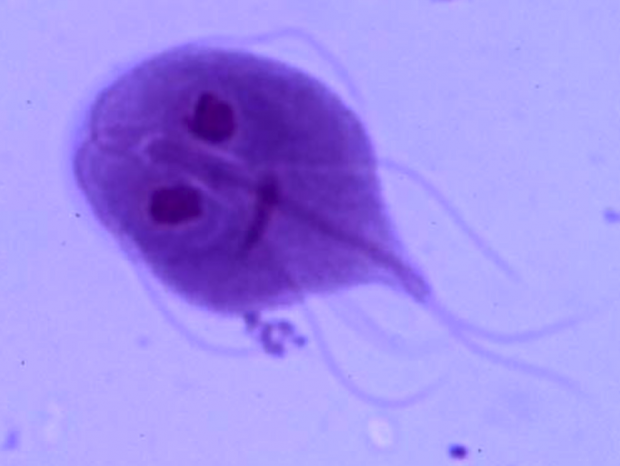 The species this fly is resembling is the protozoan, Giardia lamblia, the cause of giadiasis. I developed this fly using guinea hackle, rooster hackle, dyed golden pheasant, floss, and peacock herl. Since Giardia is a single eukaryotic cell, I wanted to use guinea to represent the nucleus of   the cell as well as represent the median body. The black rooster saddle hackle represents the anterior, posterior, and caudal flagella. To create a base for the feathers I used peacock herl and dyed golden pheasant to give structural integrity to the fly, and help support the flailing of the saddle hackle.

This is an articulated fly that demonstrates the first step of conjugation, where a pilus (orange rubber) connects two cells together. The pink portion of the fly is wrapped with dyed pink rabbit hair, that is analogous to a gram negative bacteria. Connected to the pink portion, is the gram positive cell that was made using black peacock to represent flagella and purple synthetic dubbing to represent the cell body.

This fly represents a gram positive coccobacillus cell with flagella. The fly was created using dyed purple rabbit hair and orange red rubber strip to represent the flagella. I actually caught a trout on this fly on Prince of Wales Island in March.

I wanted to include these flies to represent how small flies can be and still be effective. I caught a 20 inch brown trout in Colorado with the top fly and hooked quite a few with the bottom fly. Including these flies may even give size relativity. All of the microbial flies I tied were made on streamer hooks,   which are much larger than size 22 and 24 hooks. However, in reality the microbes represented on   the streamer hooks are thousands of times smaller than these flies!