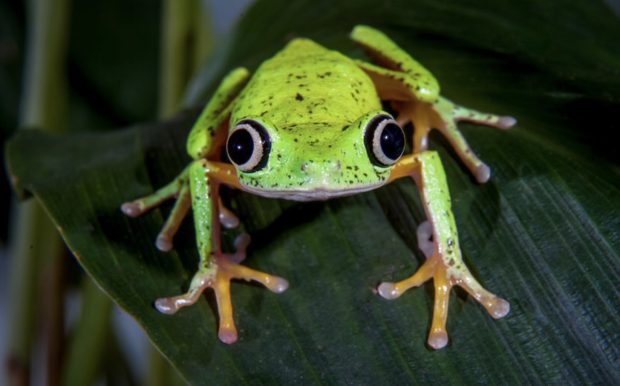 Recently, there has been a wide spread fungus devastating amphibians causing mass extinctions. This study has found that this fungal disease has cause dramatic population decline with over 500 species including 90 extinctions over the past 50 years. The fungus, crytridiomycosis, eats away at the skins of the amphibians, and is present in more than 60 countries. The fungus is though to have originated in Asia, where several amphibian species have been found to actually be resistant to the fungus. 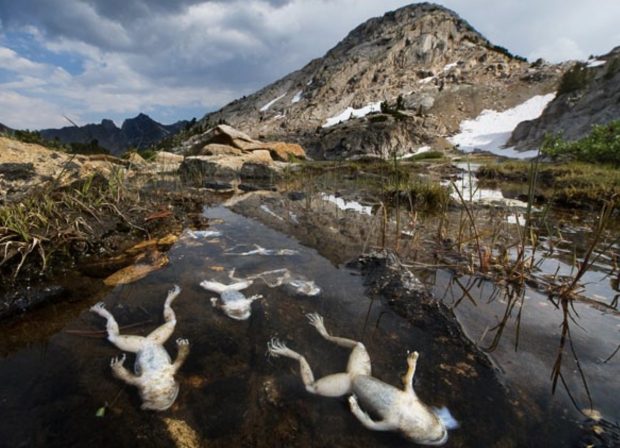 This fungus is thought to have spread from human moving different species around the globe as pets and for other uses. This introduces new pathogens into areas that would normally not have them, much like how the first English settlers introducted smallpox to the American Indians. Many species are at risk, and fighting to stay off of the endangered list.

It is thought that as years continue to pass, this fungus could potentially be a contributor to the sixth mass extinction.

This was a super interesting article, especially because we touched on the possibilities of a sixth mass extinction in class, and even past extinctions. The fact that there is a potential for it to be happening now, is terrifying yet understandable with how we are currently treating the planet. Hopefully it won’t come to a sixth mass extinction, but there is no way of knowing.

2 Comments for “A2: Microbes in the News! Frog Fungus. Elora Swan”

I almost did my article on this as well. This is very interesting and unfortunate at the same time. I wonder what makes the frogs that survived resistant to this fungus vs the frogs who succumbed to it. I hope this won’t lead to another mass extinction!!

By the way, the assignment required us to answer your question about this article, but you have not listed a question. You can still modify this post prior to the due date!