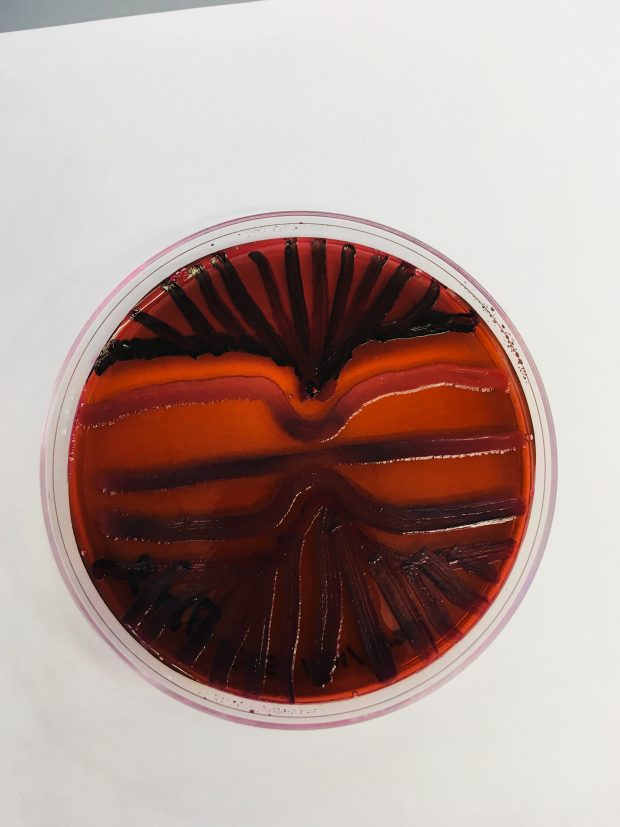 This piece was inspired by a 70’s color theme and aimed to capture an abstract skyline… The colors are a bit less intense than those shown on the photograph.

This piece was plated on EMB using Escherichia coli and Enterobacter aerogenes.

Both chosen are gram-negative bacteria in consideration that EMB inhibits the growth of any gram-positive bacteria. Both were also chosen for their fermenting abilities as I wanted to bring out the darker colors in the agar produced by the reaction between the acidic products of fermentation and the agar. Enterobacter aerogenes produced the lighter colored strip, visible in the center, as the products of its fermentation are less acidic than that of Escherichia coli.

This piece was inspired both by the biohazard symbol we love and fear and one of my favorite flowers: the peony. I attempted to make the biohazard symbol the heart of the flower with the wavering lines surrounding it representing the petals. I chose MacConkey agar and inoculated (painted) the plate with Serratia marcescens  to produce the very light colored colonies pictured. MacConkey agar is also a   selective and differential agar, selecting for gram negatives and changing color in the presence of lactose fermenting colonies. The bacteria I chose do not ferment, and are gram-negative. I really enjoyed this lab. 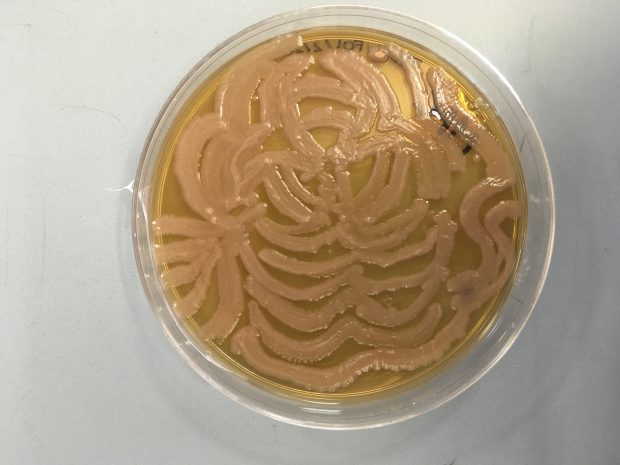