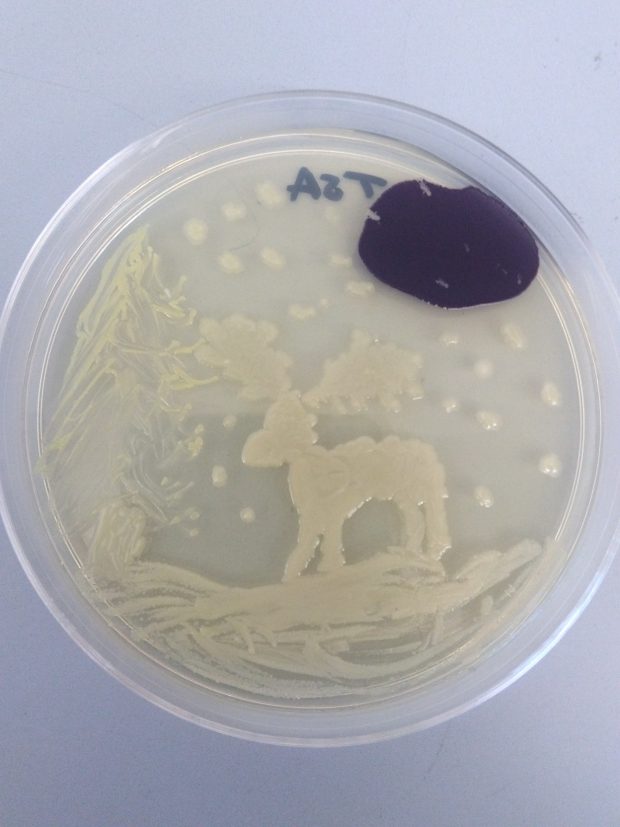 This artwork was supposed to represent a moose walking around during a snowy night. I wanted both the moose and the moon to stand out. As such, I chose bacteria for the moon that would turn black and bacteria that was supposed to turn pink for the moose. Sadly, though, the moose was not pink in this picture. I believe that it didn’t have enough time to do so because later I went back and the moose was a different color. Although, when I went back and took pictures later the bacteria that represent the snow grew too big and didn’t look good to me. I chose to then to upload this picture even though the moose was about the same color as the rest of the artwork because I liked it better.

The role of media:

I chose to use TSA because it wasn’t differential or selectional, which means all types of the bacteria we could choose from could grow with this media. Also, I didn’t want the color that you get from using EMB or MacConkey’s agar to show up because I wanted a snowy scenery (which meant I needed light colors and a whitish background).