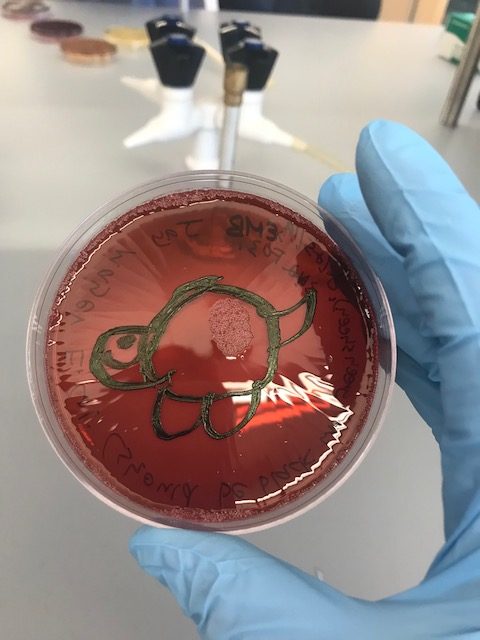 My artistic intent was to make a turtle, since they are my favorite animal. This was done on an Eosin Methylene Blue (EMB) agar plate. I used  Escherchia coli  bacteria to make my drawing– they look off-white on a TSA plate, but black with a green sheen on an EMB plate. The agar did not change color, but the bacteria did. They first appeared to only be black, but a few days later they developed the green sheen seen in the picture above.  E. coli bacteria strongly ferment the lactose in EMB plates, which acidifies the EMB and causes the colonies of bacteria to turn black.