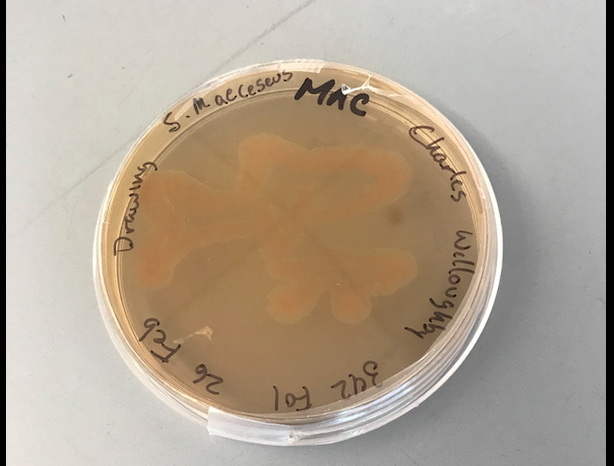 I attempted to depict two pink salmon swimming because as a fishing guide I have a great respect for these fish.   This picture was taken three days after inoculation.   I used a MAC plate with Serratia marcescens which is a Gram negative and ferments.   I chose this because it was supposed to turn pink which after talking to Alexis I found out the sample we used in lab was contaminated.