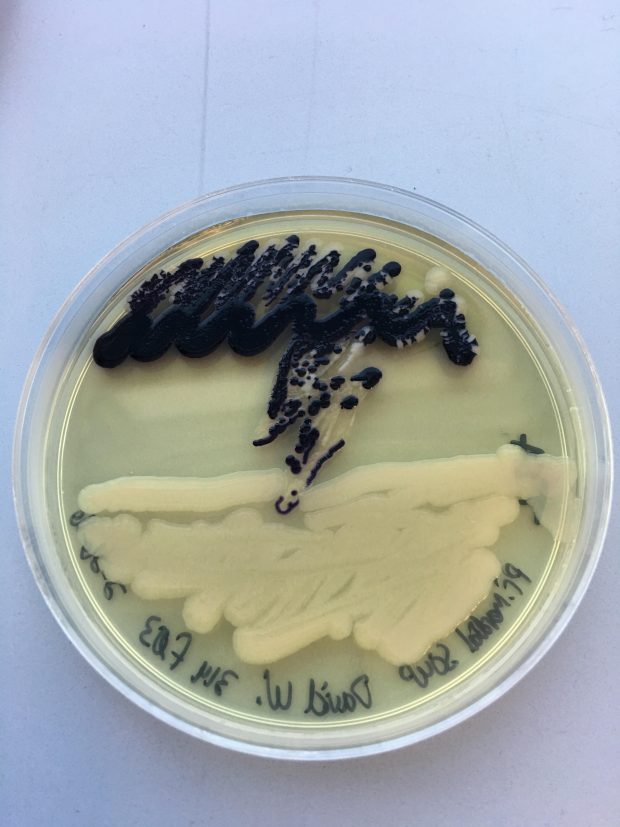 My most successful “painting with microbes” plate was a depiction of the surface origin of life hypothesis. The black blob on top is a cloud depicted with Chemobacterium violaceum, the white blob on the bottom is the “primordial soup” of compounds, precursors to amino acids depticted with Escherichia coli. The yellow streak is a lightning bolt from the storm cloud, which strikes the primordial soup to make amino acids, depticted with Micrococcus luteus. My lightning bolt became slightly contaminated with Chemobacterium violaceum,  due to where I started drawing the lightning.

These were grown on TSA, which is a non-selective, and non-differential