Considering my aspirations of achieving an animal-based career, I decided to make a paw print for my microbial art. My intention was to create the basic shape of a dog paw by using darkly colored bacterial colonies. I used the same design for all my art pieces and compared the use of various bacterial species and agar plates.

On my TSA plate, a non-differential medium, I applied Chromobacterium violaceum in order to achieve a black/dark purple color for the paw. The picture of the TSA plate that I included below, was taken one day after inoculation. At this point, the colonies could be somewhat distinguished, which gave a rough texture that simulated the effect of an actual paw print. For my EMB plate, I used Escherichia coli, a Gram-negative bacterium, since this agar selects against Gram-positives. Three days after I had inoculated my plate, I took the picture attached below. Due to the fact that Escherichia coli ferments lactose and produces acid, the pH on the EMB plate was altered and resulted in black colonies with an aesthetic green sheen. 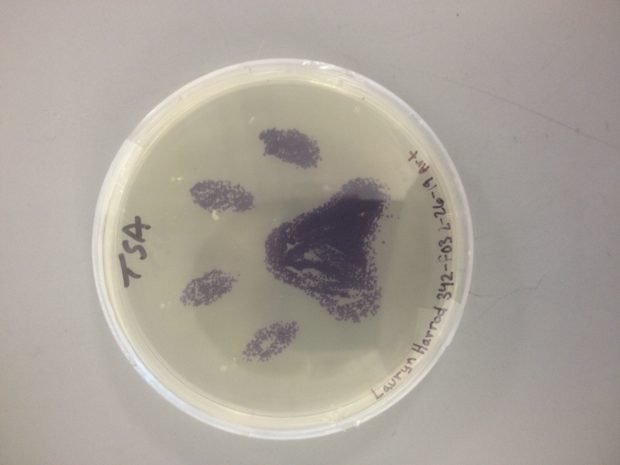 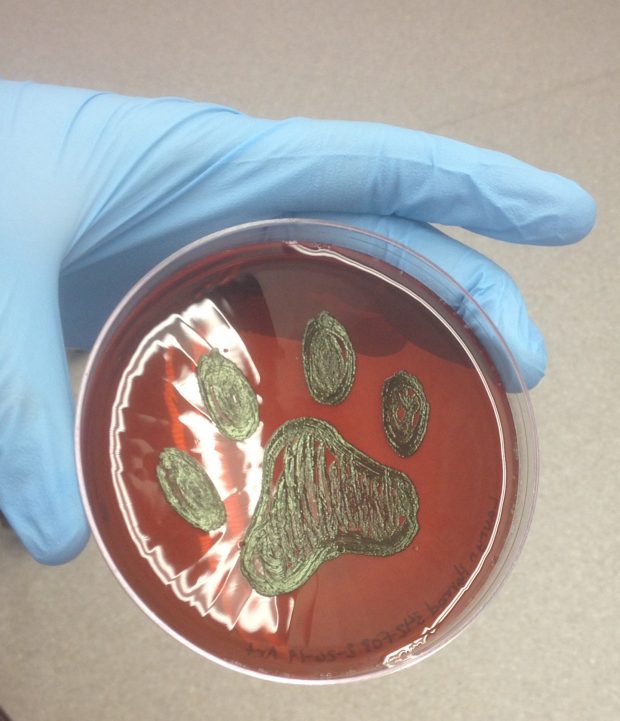