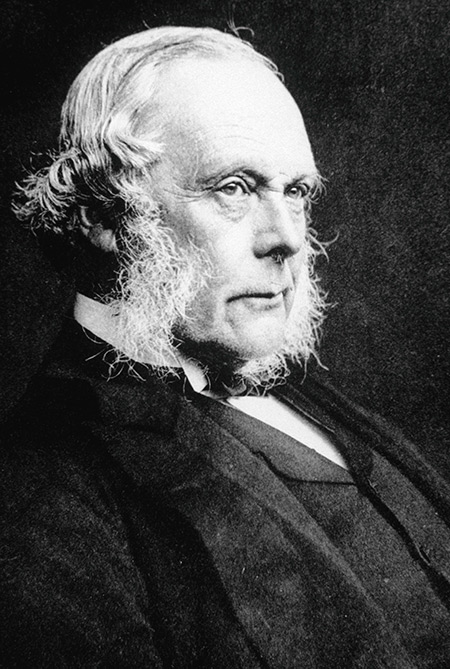 Listeria is a genus (named after Joseph Lister) with 10 different strains of bacteria that commonly cause listeriosis, which is an uncommon but severe foodborne illness. Listeria monocytogenes, monocytogenes meaning “produces monocytes,’ a particular strain of Listeria has up to a 30% fatality rate in high-risk individuals.

Listeria was renamed in 1940 (coincidentally around the same time Listerine was named,) for Sir Joseph Listeria, a British surgeon that pioneered antiseptic surgery. Joseph Lister was born to a quaker family in 1837 England. He earned his Bachelors in Medicine at the University College, England and worked as a professor of surgery. After Louis Pasture’s paper on food spoilage was published, Lister used Pasture’s method of using some sort of chemical to halt bacterial growth to try to decrease the incidence of infection in wounds in the hospital he taught at. He ended up finding that carbolic acid (used to treat sewage at the time,) significantly decreased the number of wounds becoming gangrenous that it was applied to.

Lister then began requiring surgeons he was responsible for to wash their hands in a carbolic acid solution, as well as clean instruments and the operating theater with the same solution. In 1902, King Edward VII came down with appendicitis, a commonly deadly surgery due to infection was needed to save the king. Lister was consulted and surgeons followed his antispectic methods. The king survived, later telling Lister, “I know that if it had not been for you and your work, I wouldn’t be sitting here today.” Soon after Lister, by order of the king, became a member of the council at Buckingham Palace and gained his title Sir. To this day, he continues to be viewed as, ‘the Father of Modern Surgery.’