Michael Goodfellow is a british professor specializing in the taxonomy of actinobacteria, which is a phylum of bacteria very important to agriculture. Actinobacteria are nitrogen fixers and can be aquatic or terrestrial prokaryotes, but were long thought to actually be fungi due to their ability to decompose organic matter and grow mycelia. Goodfellowiella coeruleoviolacea is a bacterium isolated from soil in Russia. Goodfellowiella coeruleoviolacea is the only species of the genus Goodfellowiella which was discovered by Goodfellow, and was named for Michael Goodfellow after being first published by Preobrazhenskaya and Terekova in 1987. Goodfellow is a former chair of the Bergey’s Manual Trust, which is a group that publishes the Bergey’s Manual of Determinative Bacteriology. Goodfellow received his undergraduate degree as well as post-graduate work at the University of Liverpool. Goodfellow currently studies marine actinobacteria and is the head of the school of biology at the Univeristy of Newcastle, where he currently teaches. 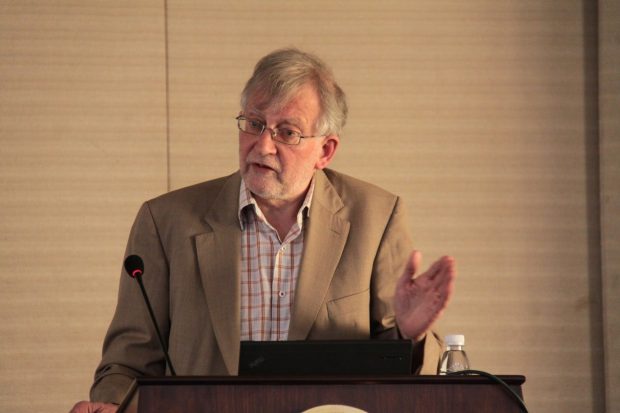