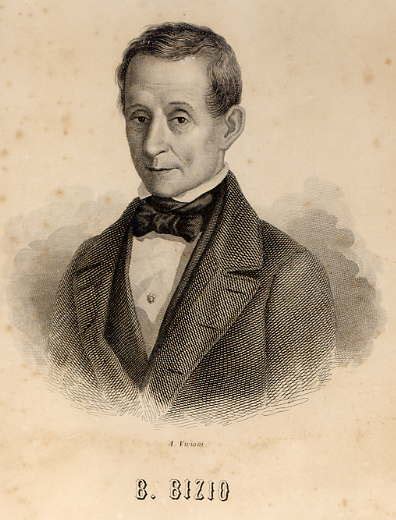 Bartolomeo  Bizio was an Italian naturalist born in 1791 in a village near Vicenza. He was the son of a tailor who failed to follow in his fathers footsteps, and instead chose to become apprenticed to a local chemist. Taking a great interest in the chemical composition of the natural materials surrounding him, he is now regarded as being quite revolutionary. During his time he published more than 100 papers. Perhaps most notably, he conducted a series of experiments which culminated in the discovery of a bacteria which he dubbed Serratia marcescenssent. In a letter addressed to the “most Eminent Priest, Angelo Bellani,” Bizio demystified the phenomenon of the appearance of what was thought to be a spontaneously created red matter in corn meal that many in the religious community attributed to the “blood of christ.”

To honor his contributions to the field of microbiology a genera of species, Bizionia, are named after him. Among these species are a recently discovered bacteria,  Bizionia paragorgiae. Paragorgiae stemming from the latin paregoricus, meaning to soothe.