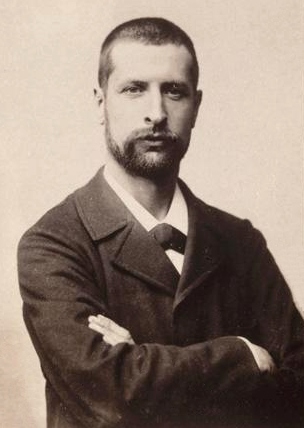 Alexandre Yersin is the scientist credited for determining the bacterium responsible for the bubonic plague, Yersinia pestis. Yersin was born in Switzerland and trained to be a physician in Switzerland, Germany and France. In France he trained at the Pasteur institute, and helped create an anti-rabies serum. Eventually he was sent to China and placed in charge of determining the cause of the plague by the French government during an outbreak in Hong Kong in 1894. He successfully isolated and determined the bacteria responsible. A Japanese scientist, Kitasato Shibasaburo, also found the bacteria responsible for the plague at the same time as Yersin. However, Shibasaburo’s method of isolating the bacteria became contaminated, and he also didn’t have the same connections that Yersin did, ultimately causing Yersin to be the scientist credited with discovering the bacteria. Yersin attempted to develop an anti-plague serum, and moved to Nha Trang, Vietnam in order to test the serum. Unfortunately, the serum didn’t work. Yersin then went on to create a medical school in Nha Trang, and stayed in the city until his death in 1943. Yersinia pestis is gram-negative, anaerobic, rod-shaped, and incapable of movement. When Alexandre first discovered the bacterium he named it Pasteurella pestis after the Pasteur institute, but in 1944 it was renamed Yersinia pestis in honor of Alexandre Yersin.

“Alexandre Yersin, the Man who Discovered the Bacterium Responsible for the Plague.’ Institut Pasteur, 24 Oct. 2017, https://www.pasteur.fr/en/research-journal/news/alexandre-yersin-man-who-discovered-bacterium-responsible-plague

I love how there’s almost a race for who could solve the case quicker. But it does surprise me that two independent researchers were coming up with the same result at the same time. The world is funny like that, sometimes.