Castellaniella was discovered in 2006 as being separate from the genus Alcaligenes. The genus was named after Castellani who first discovered Alcaligenes in 1919 and contains two species C. defragrans and C. denitrificans.

Dr. Aldo Castellani (1874-1971) was born in in Florence, Italy where he studied and received his M.D. in 1899. Shortly afterwards, he was recruited by the Royal Society. While a member of the Sleeping Sickness Commission in Uganda, Castellani devised a new method for examining samples of cerebrospinal fluid of stricken patients. In 1903, he proposed the bacteria trypanosomes as the cause of sleeping sickness and named them specifically T. ugandensis. Due to the work of Castellani and members of the Royal Society’s commission, in less than five years Sleeping Sickness was discovered, its pathology and etiology presented, and became treatable through various means. In 1905, Castellani also discovered the presence of a spirochaete in yaws patients which was named “Treponema pertenuis Castellani‘ in a 1908 In 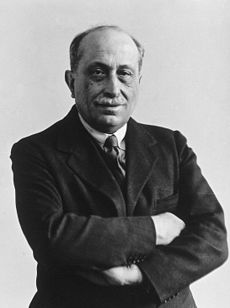 dian Medical Gazette.  He remained in Ceylon for 12 years where he was appointed a position at Ceylon Medical School by the Secretary of State. In 1926 he established the School of Tropical Medicine at Tulane University and taught at Louisiana State University, and still had time to direct the Royal Clinic of Tropical and Sub-Tropical Diseases in Italy. In 1959 he co-founded the International Society of Dermatology and served as its president from 1960-1964. Before his death in 1971 at the age of 97, Dr. Castellani worked on four continents, was knighted, participated in three wars, described new microbial species, developed a new kind of mixed vaccines used by the Allies in World War I, and encouraged countless others in the pursuit of exploring  tropical diseases.

Cipollaro, V.A. (n.d.). The history  of the International Society of Dermatology. https://www.intsocderm.org/wp-content/uploads/sites/804/ISD%20Golden%20Jubilee_WEB.pdf